Don Hogan - (guitar/lead vocals)
Don has a passion for music of all kinds and he teamed up with Joseph Hasty several years ago to put together the band DRIVE SOUTH. Don is originally from Morganton, NC and says he's tickled to join one of the hottest new Americana groups to hit western North Carolina in some time. Don has a long history of playing bluegrass and "Roots" music and has performed in several bands over the years. His lead vocals and easy-going persona on stage add a fine touch to the group.

Joseph Hasty - (upright bass/vocals)
Originally from Hickory, NC and now residing in Morganton, Joseph has played Folk and Americana style music since the age of 14. Playing double bass and singing lead and tenor vocals for DRIVE SOUTH, he also plays guitar and heads up his own jazz band called Centerpiece Jazz (more info about Centerpiece Jazz can be found by clicking on this link:  CJazz). His jazzy influence can be heard on bass while also handling most of the tenor vocals. Hasty lived in Europe for almost 7 years, first playing folk & bluegrass on street corners before moving to jazz and R&B in the late 80's-early 90's.

Joining Don and Joseph is David Bellar on banjo. Originally from Charlotte, NC, Bellar started his musical career on the cello but soon switched to banjo and has been playing bluegrass and folk music for well over 40 years. Bellar joined Hasty for about one year on a European busking tour. Before that, the duo performed at Kings Dominion Amusement Park as part of a bluegrass trio - performing 5 shows a day, 6 days a week for two straight seasons. It was there they both honed their skills in performance of String Music.

Sitting in with the group quite often these days - on mandolin and fiddle - is David Wiseman. Wiseman was  born in Spruce Pine, NC into a very musical family and he has been playing music since he was ten years old.  David's father, Charles Wiseman, was part of the Avery County Wiseman family that has been part of the region's traditional music from Scotty and Lula Belle Wiseman to David's fiddling uncle Jimmy Wiseman, and his uncle Kent Wiseman, a banjo master. Bluegrass great Charlie Moore married into the Wiseman family, and he also influenced David. "I was exposed to a lot of good music growing up,".

Several other folks have performed with the Drive South ensemble including a couple guys with whom Don and Joseph traveled to Germany in the Summer of 2013: Dave Pendley on mandolin and Patrick Crouch on banjo - this group performed under the name "Carolina wind". 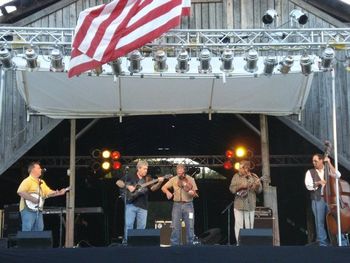 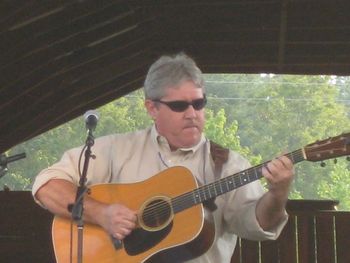 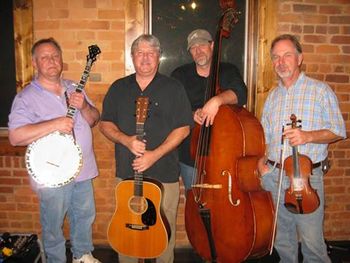 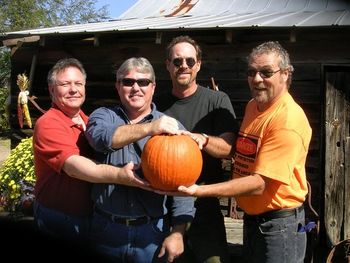 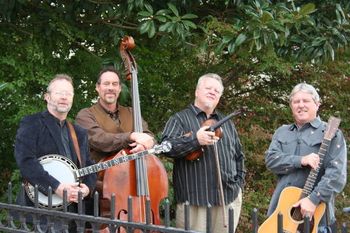 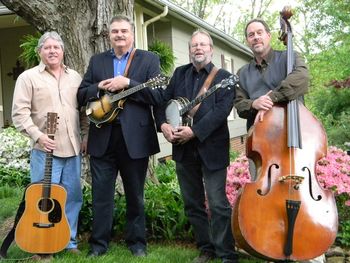 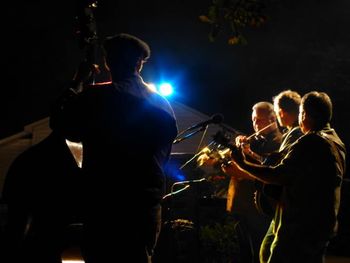 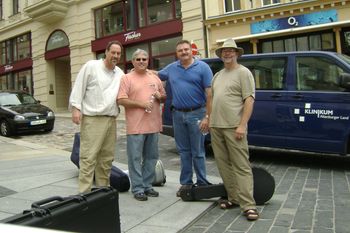 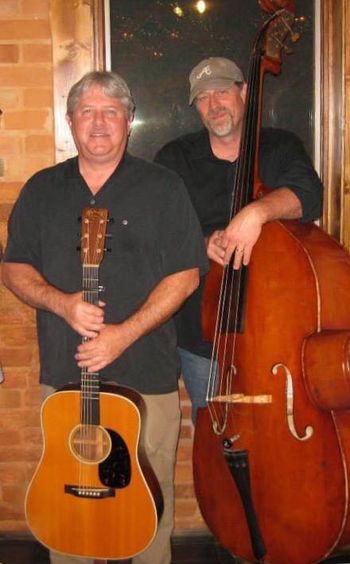 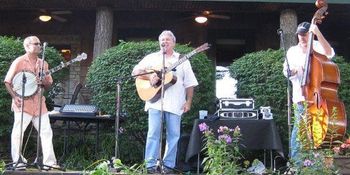 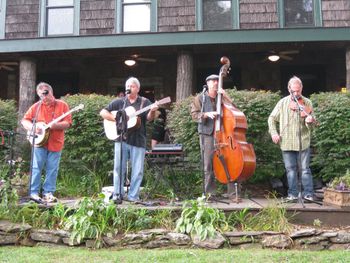 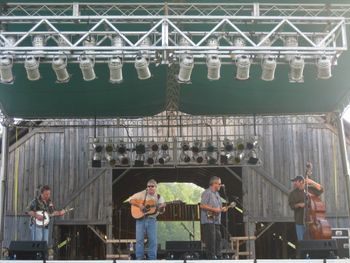